In the early hours of 14th June 2017, I received a text message from my daughter in Leeds. She wanted to know if I was OK because there were reports of a fire near me. I scrambled out of bed and made my way to the balcony outside, onto my bathroom patio. I could not see the tower – just a thick column of foul billowing smoke, shifting slowly side to side. I went instead to the front room and opened the window. What I saw will stay with me forever.

The tower – three blocks down from where I am situated on Lancaster Road – seemed to have leapt forwards: alive, burning and pungent – I felt like I could reach out my hand and touch it. The air was full of distant sirens and the chugging of helicopters. Everything had changed in a moment. The Grenfell Tower fire broke out at the 24-storey Grenfell Tower block of public housing flats in North Kensington in the Royal Borough of Kensington and Chelsea, West London. It is estimated it caused 72 deaths and over 70 injuries. Occupants of 23 of the 129 flats died. An estimated 223 people escaped. Inquests for 70 victims have been opened and adjourned at Westminster Coroner’s Court.

Police and fire services believe the fire started accidentally in a fridge-freezer on the fourth floor. The rapid growth of the fire is thought to have been accelerated by the building’s exterior cladding, which is of a common type in widespread use. An independent review of building regulations and fire safety is in progress. The Grenfell Tower Inquiry held its first hearing on 14 September 2017, and evidential hearings started in October of that year.

I am an artist who primarily uses photography and photographic materials to explore notions of community, neighbourhood, and local identity. In doing so I hope to reflect the effect that infrastructural change, national policy and local activism has on the general ‘health’, capital, assets and resilience of (these) social structures and the populace. This project is concerned with photographing the aftermath and events surrounding the Grenfell Tower disaster of June 14th 2017, which happened a few hundred metres from where I live. As time passes and media attention waxes and wanes, I am attempting to use photographs as questions, reminders and challenges; to record and mark time; using the physical and metaphorical qualities of surface, exploiting analogue materials, alternative processes, graphic communication, time-based media and installation to chart the collective trauma and dignified activism among some of the most economically deprived people living in one of the wealthiest London Boroughs; people who are frustrated and angry that such a preventable tragedy could happen. The tower now stands as a brutal symbol; clad in white plastic and highly visible it waits along with the survivors, relatives, friends, families and the wider community for the outcomes of the Grenfell Tower inquiry; the second phase of which was halted because of coronavirus restrictions.

‘Steve Mepsted’s ‘Smoke and Mirrors’ series draws attention to a disaster which demands to be remembered, a massive fire that engulfed the 24-storey Grenfell Tower public housing estate in 2017, killing 72 of its inhabitants. As a local resident constantly reminded of these events by the tower’s looming presence, Mepsted’s work feels both like an attempt to process a disaster symptomatic of London’s inequalities and directly aggravated by them, while calling on others to remember what happened.’ Lewis Bush – in ‘Capital Culture’, Essay for Unseen Magazine Issue No. 6

Polaroid pictures have a particular temporal quality; seeming to hold time within their surface in a very peculiar way. The pictures carry their usual hallmarks of indistinctness, colour shift and texture and don’t record the scene so much as absorb it. While these pictures can be produced in a few short minutes, like answers that are unforthcoming; they conceal at least as much as they reveal. 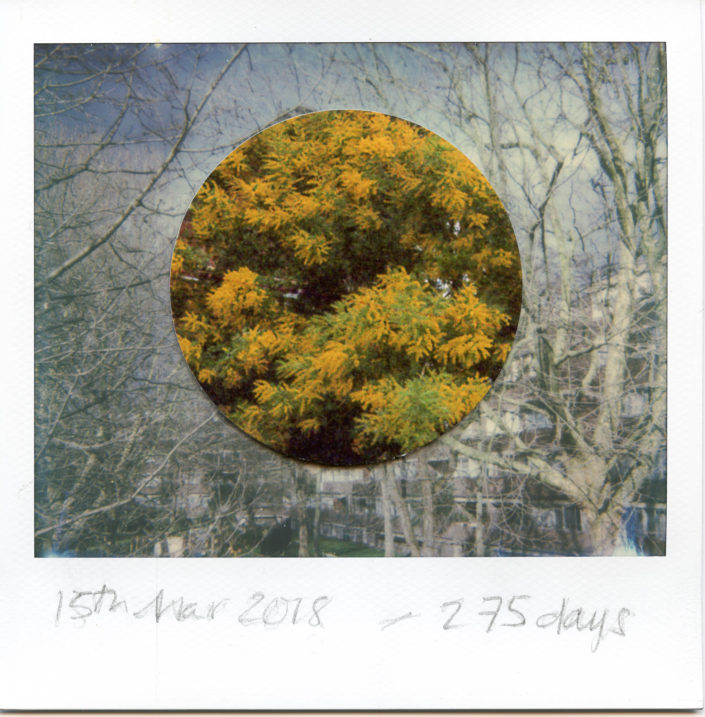 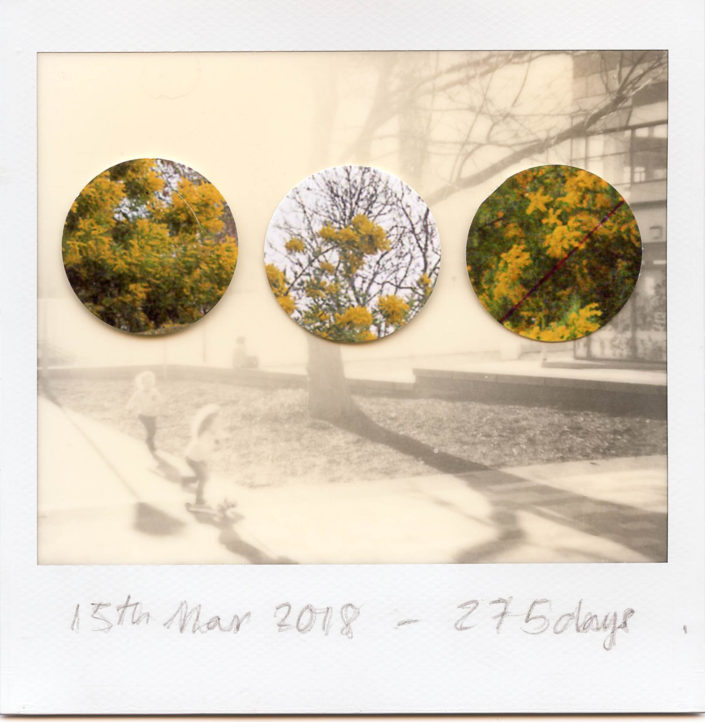 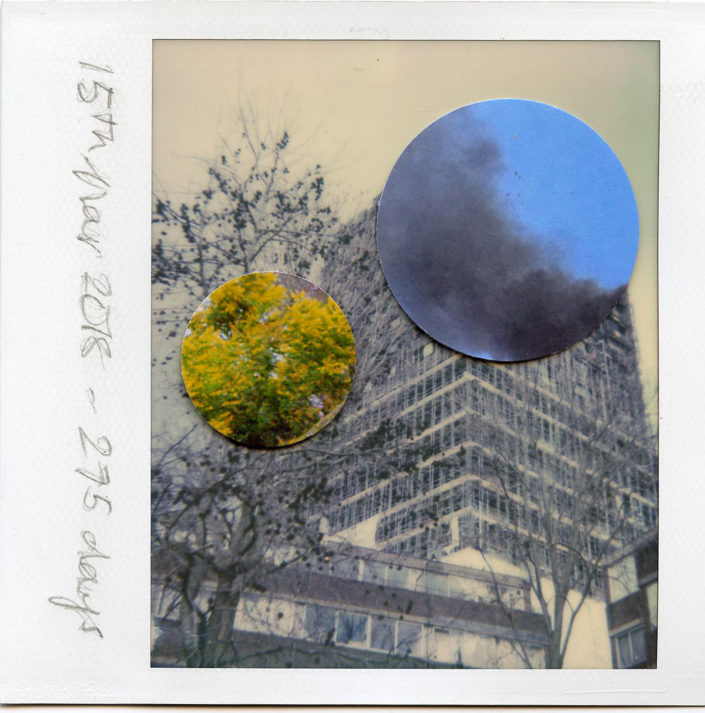 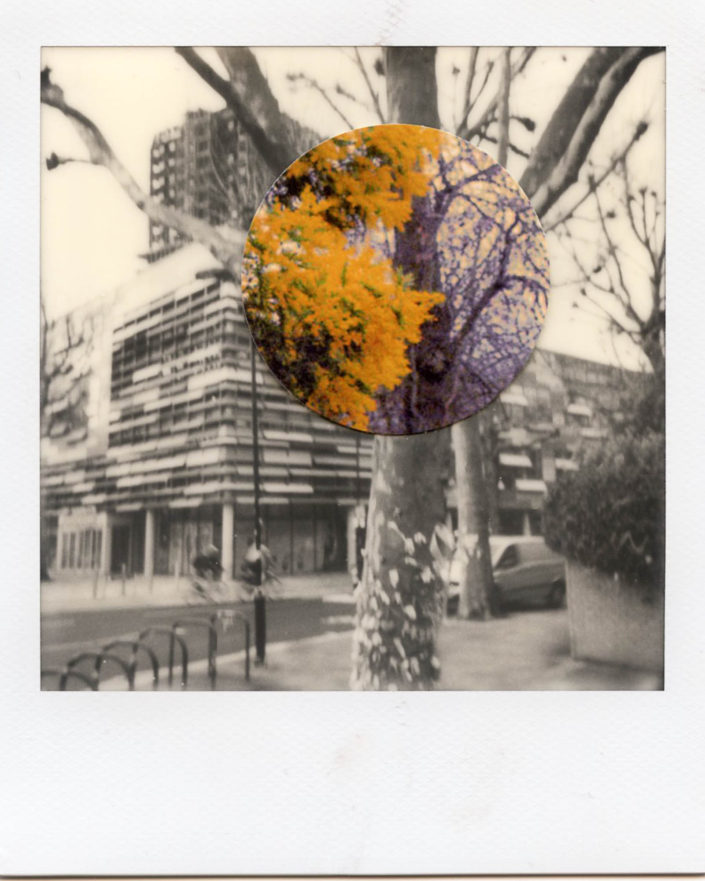 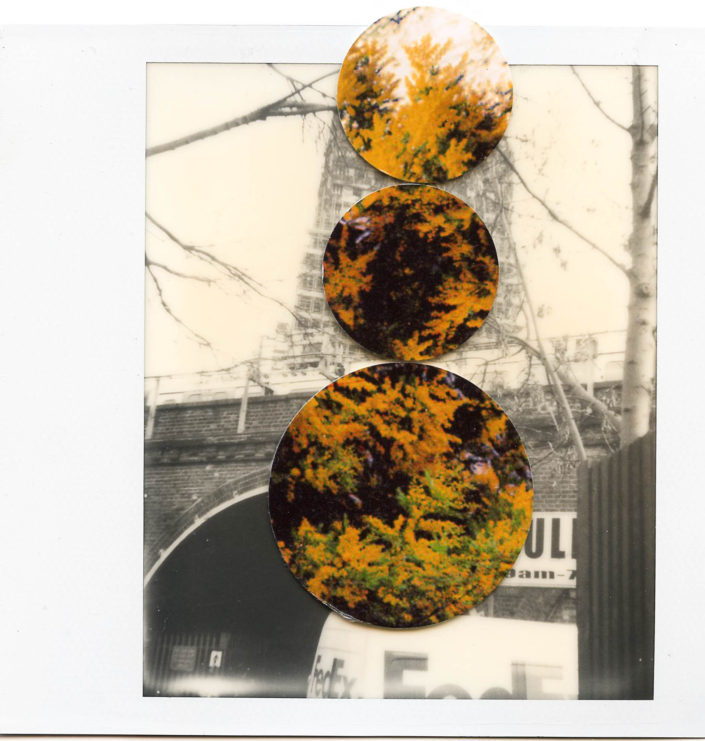 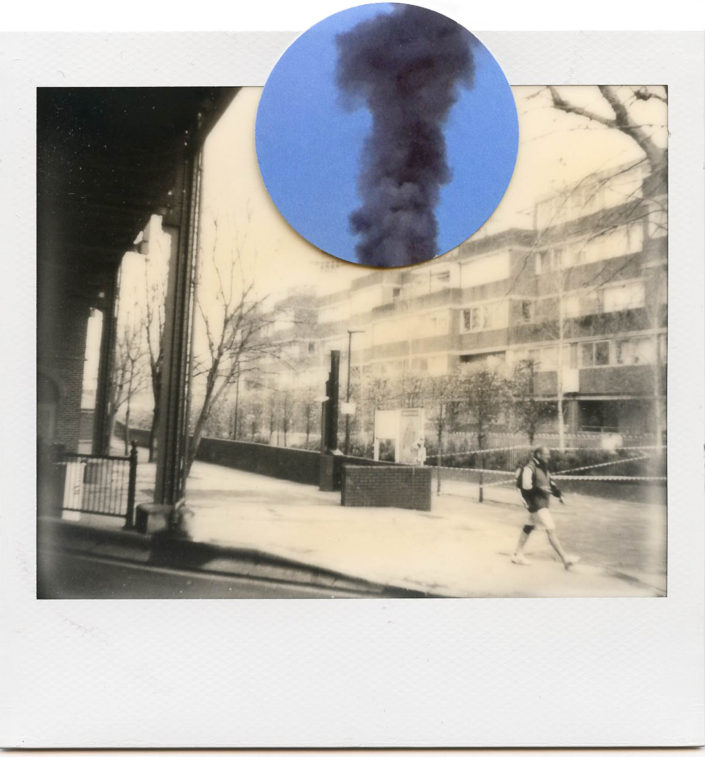 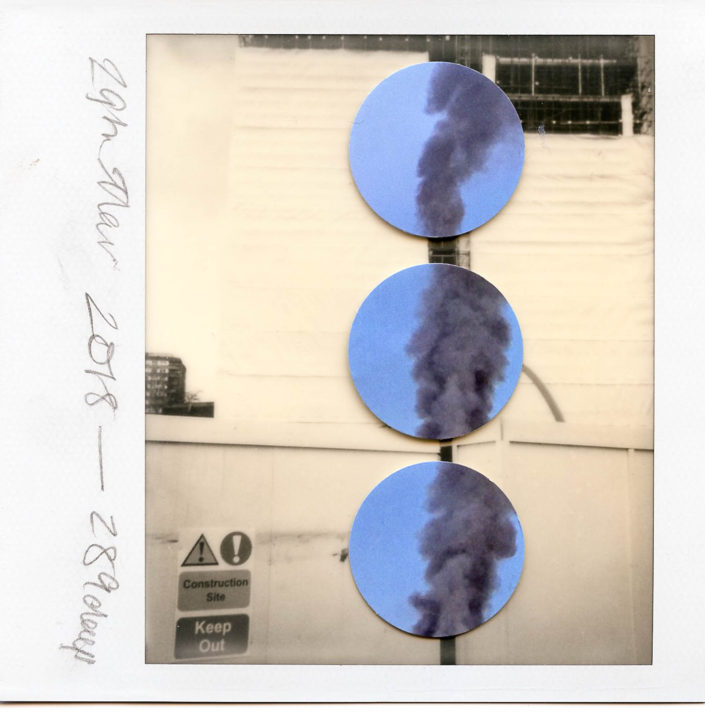 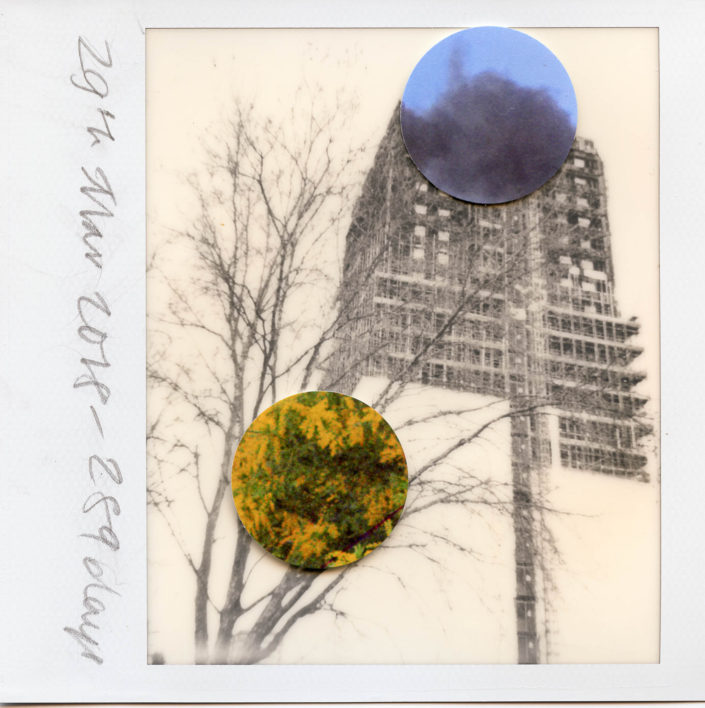 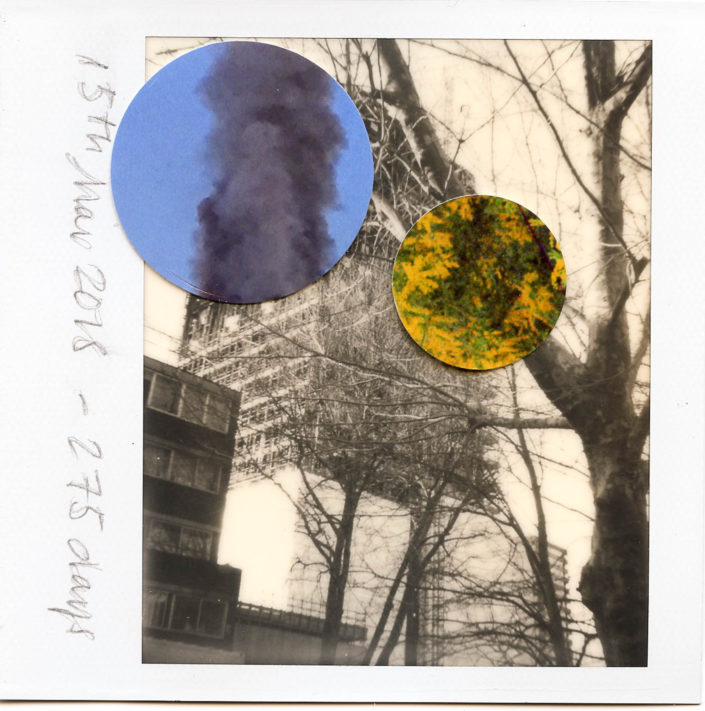 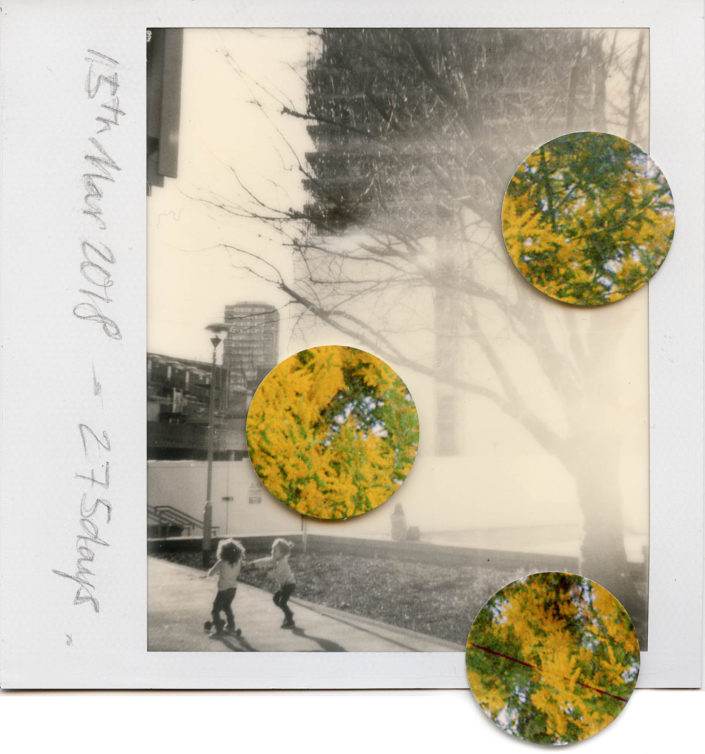 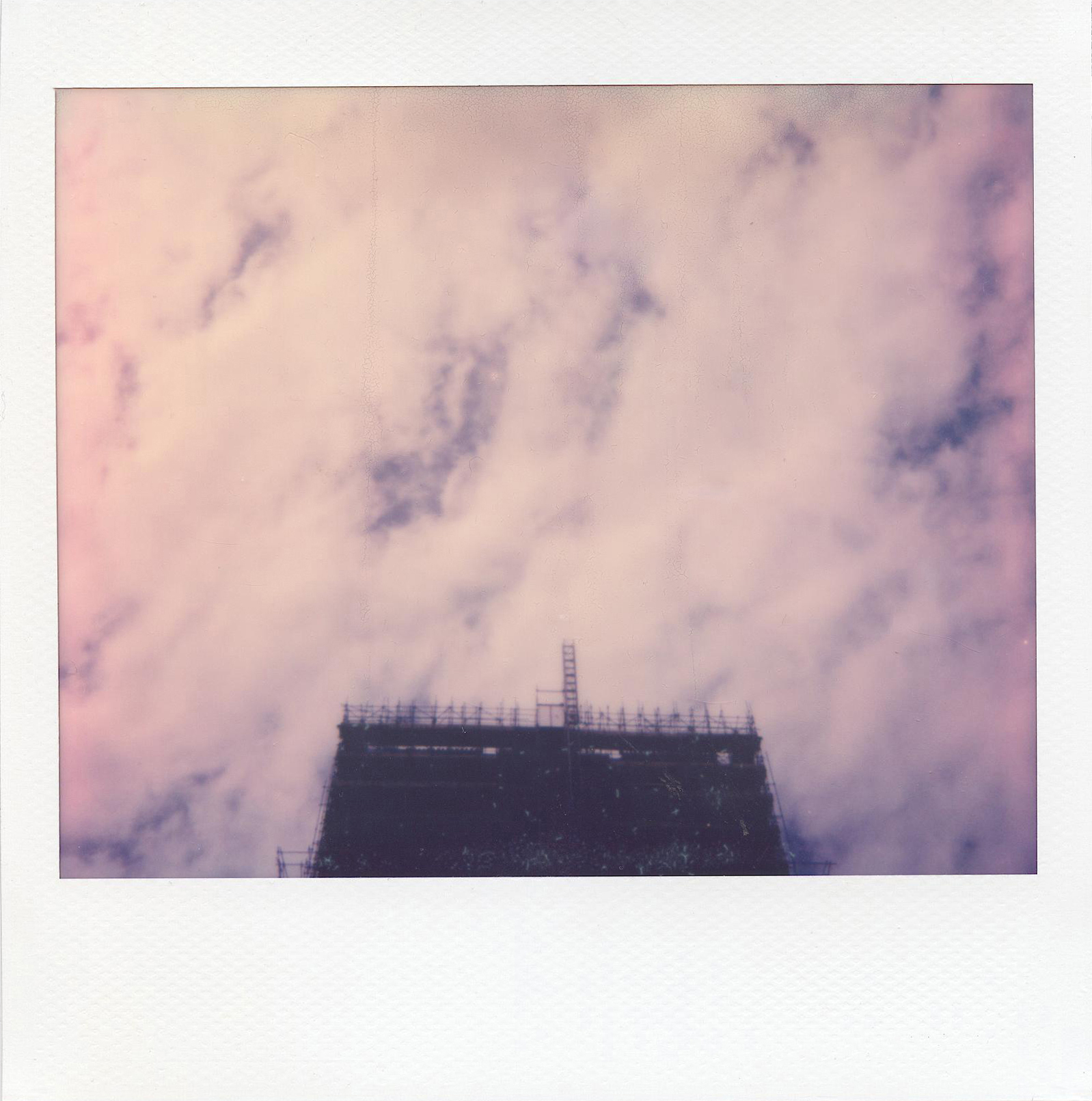 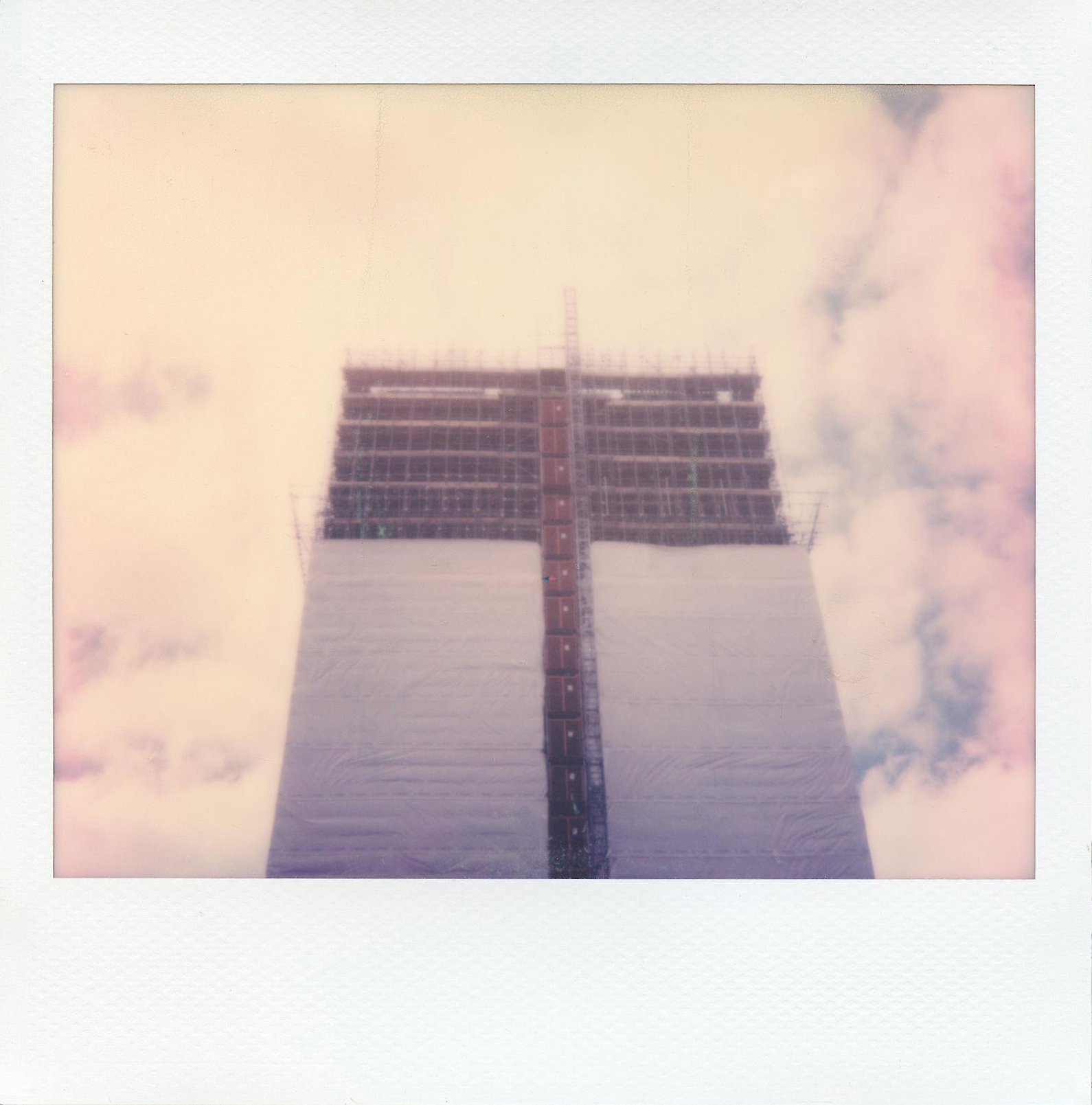 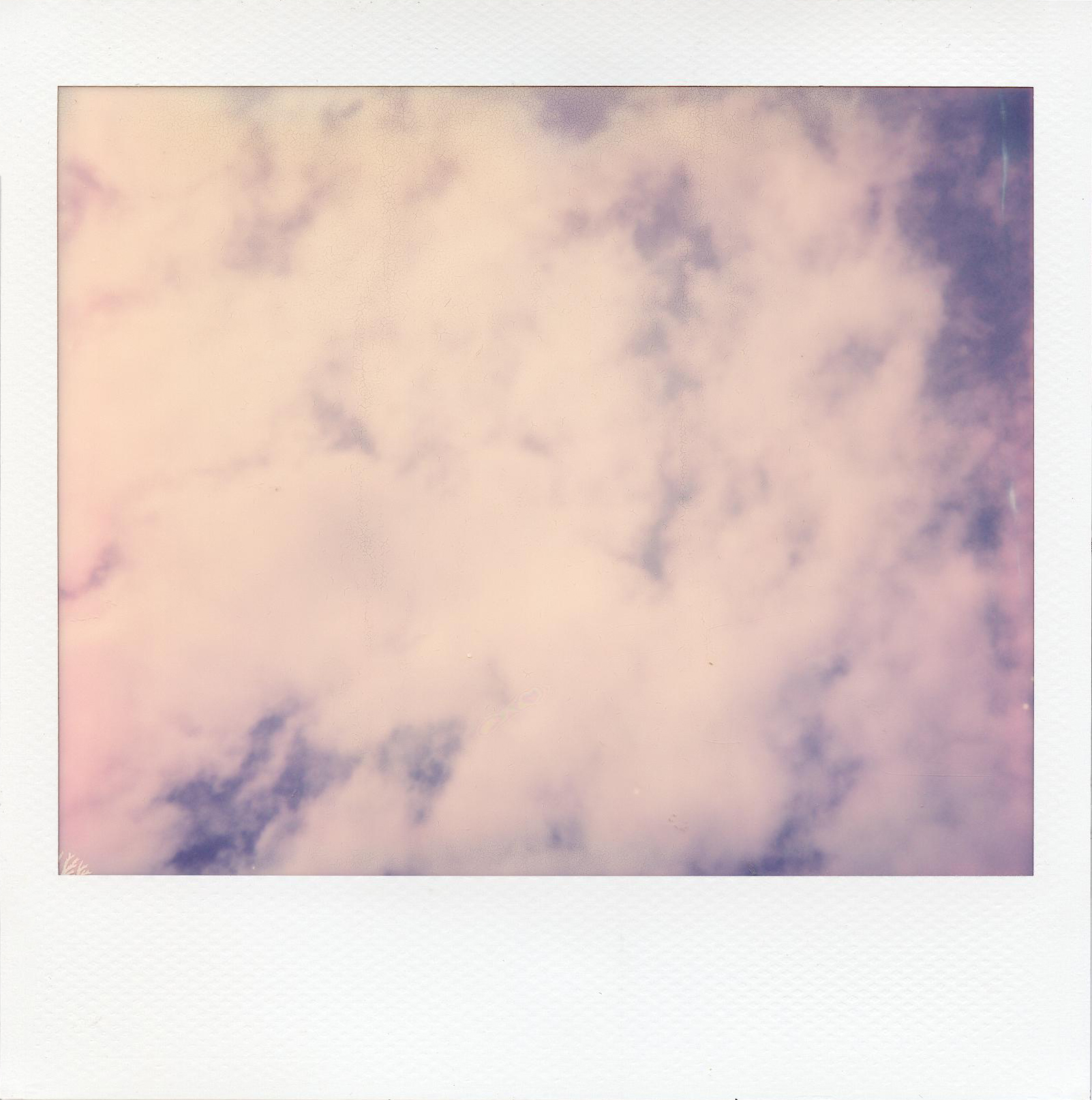 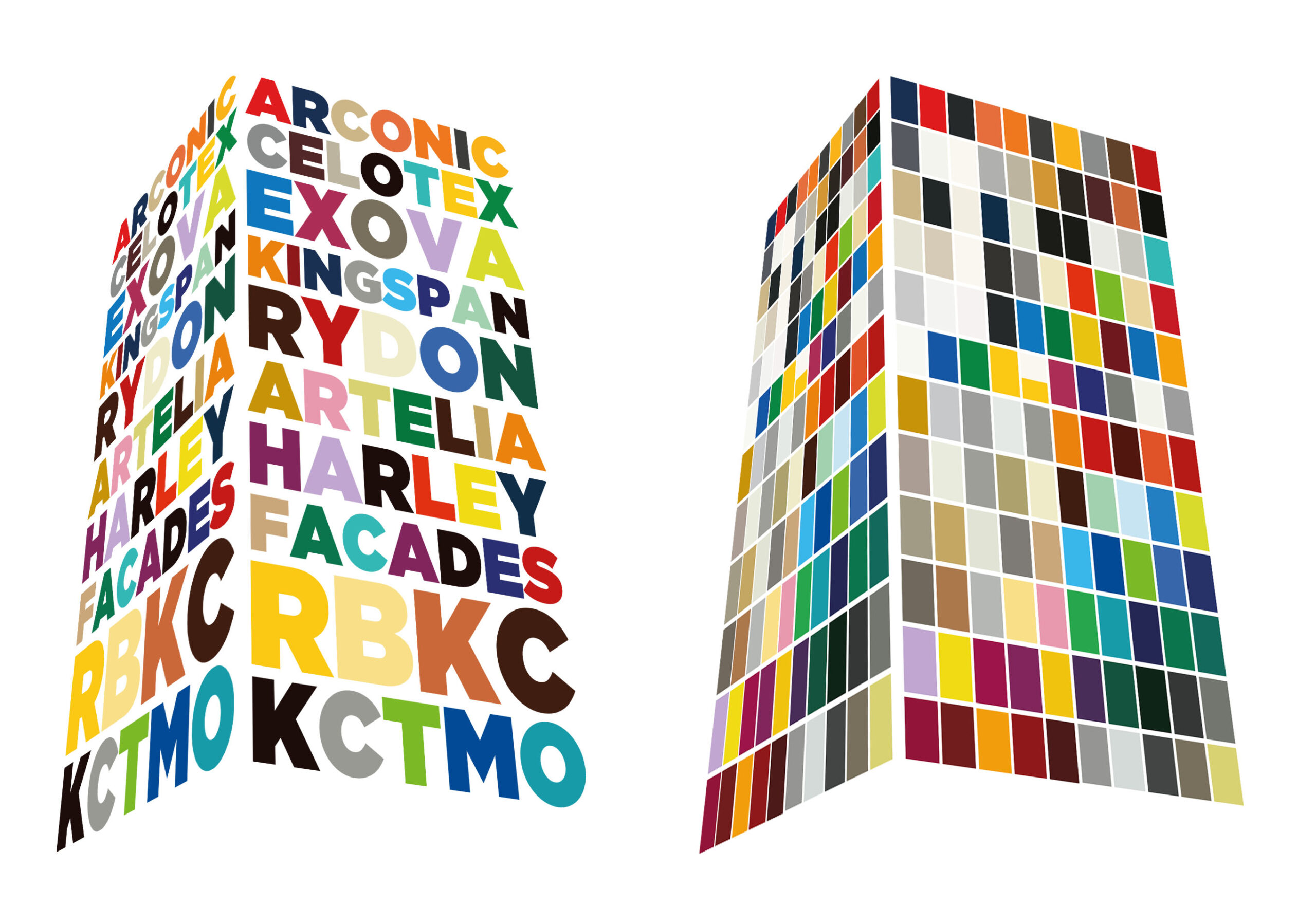 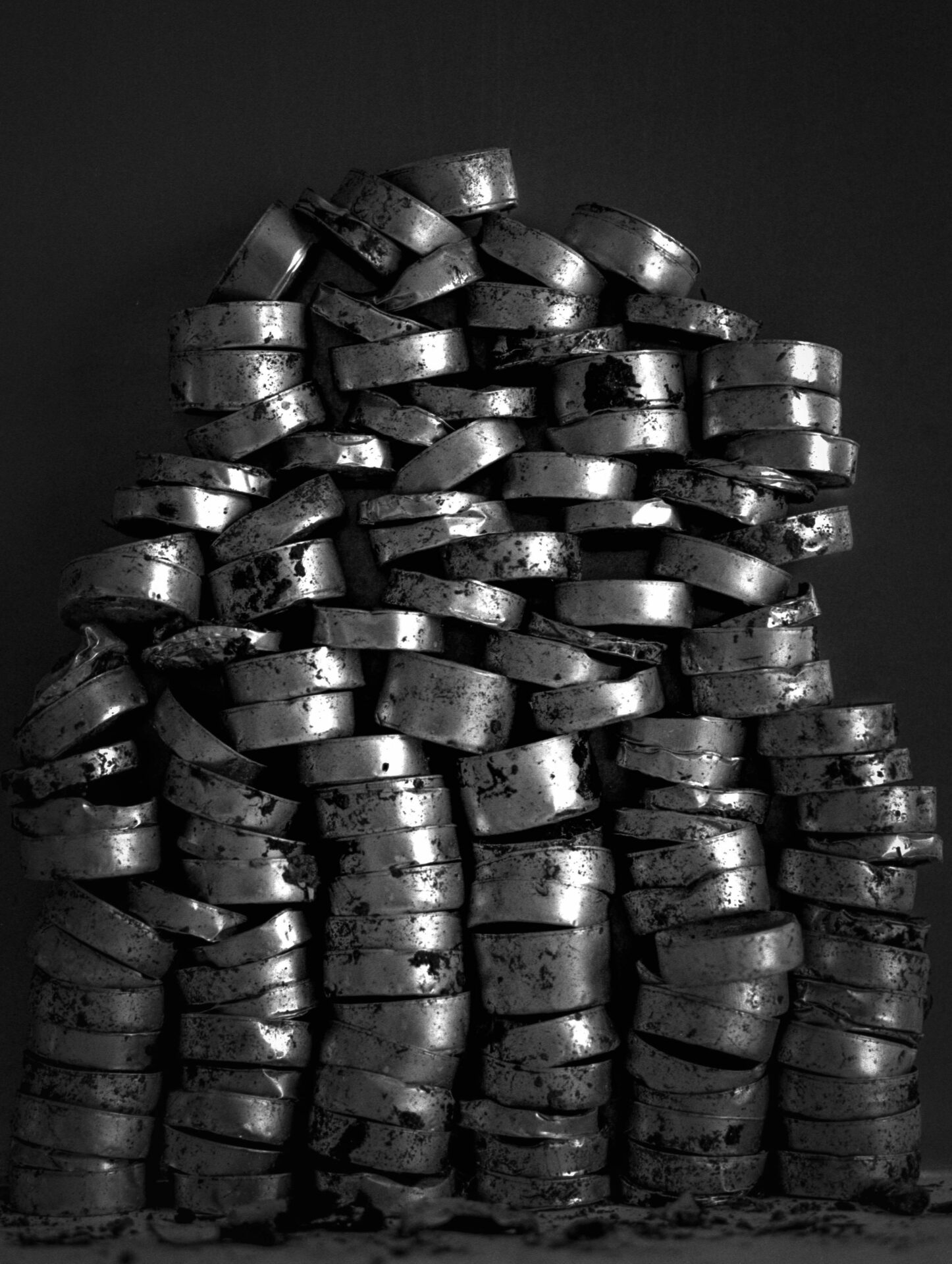 72 Memorial Candles Discarded at the Foot of Grenfell Tower. 2019 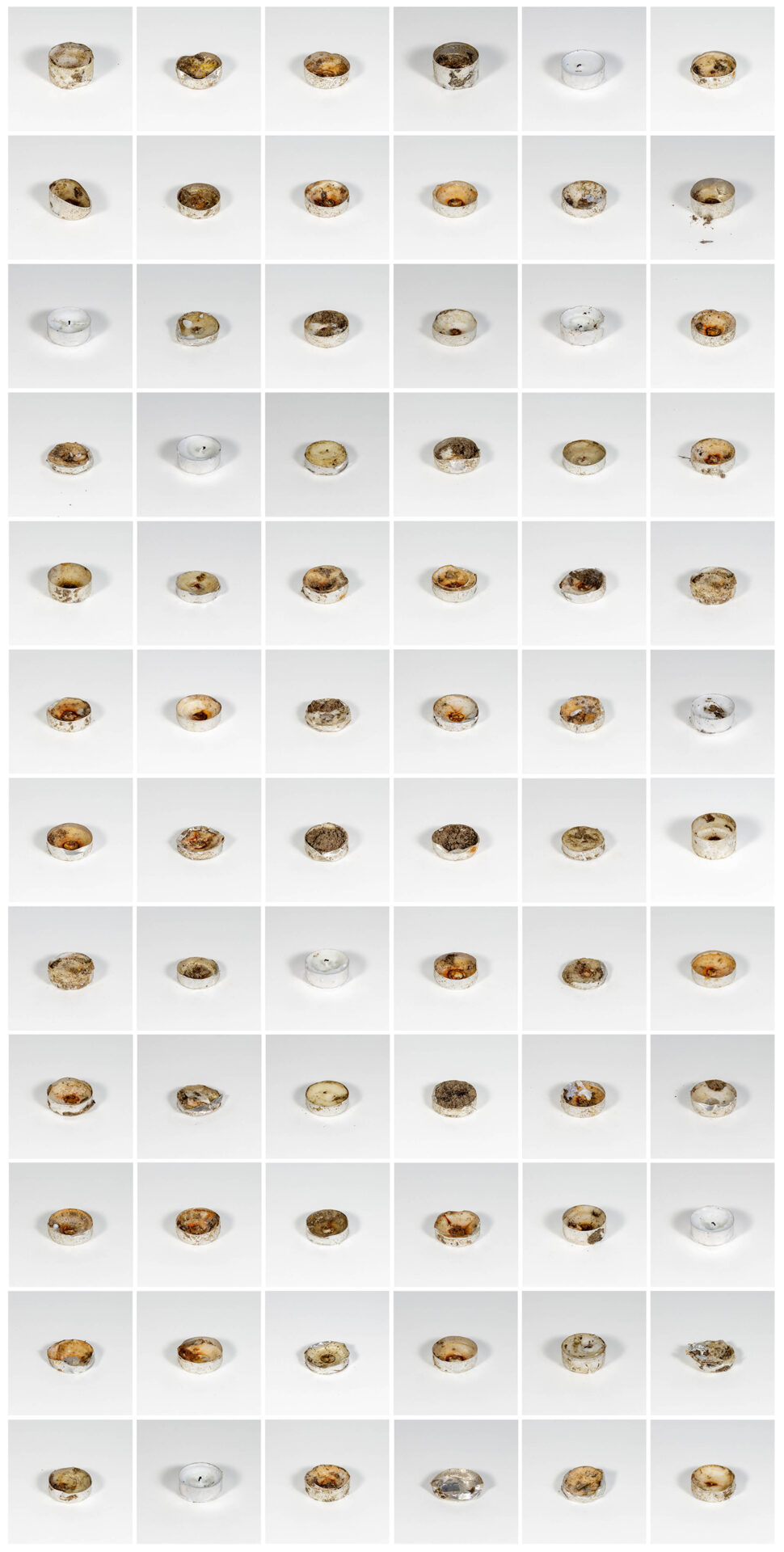 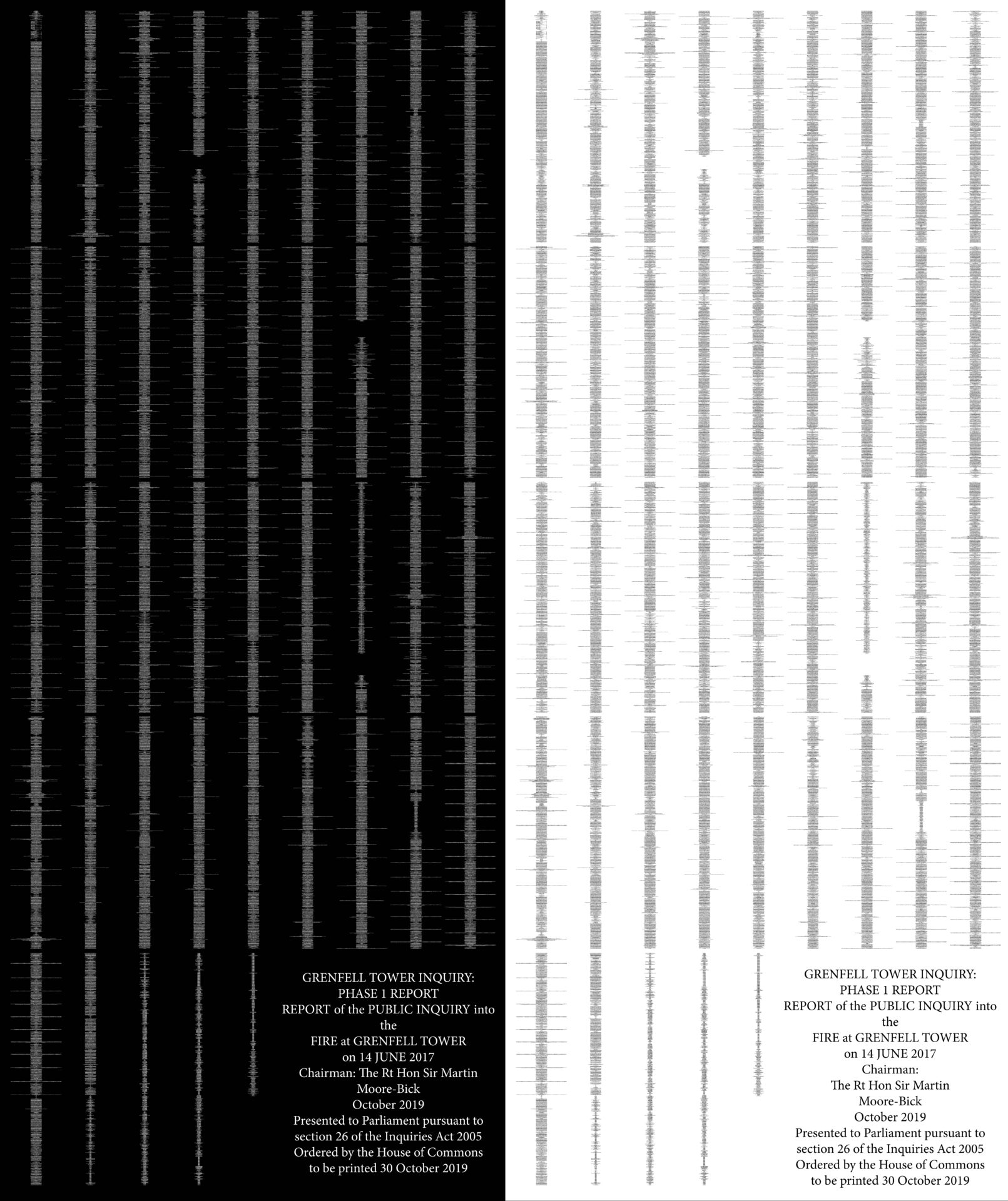 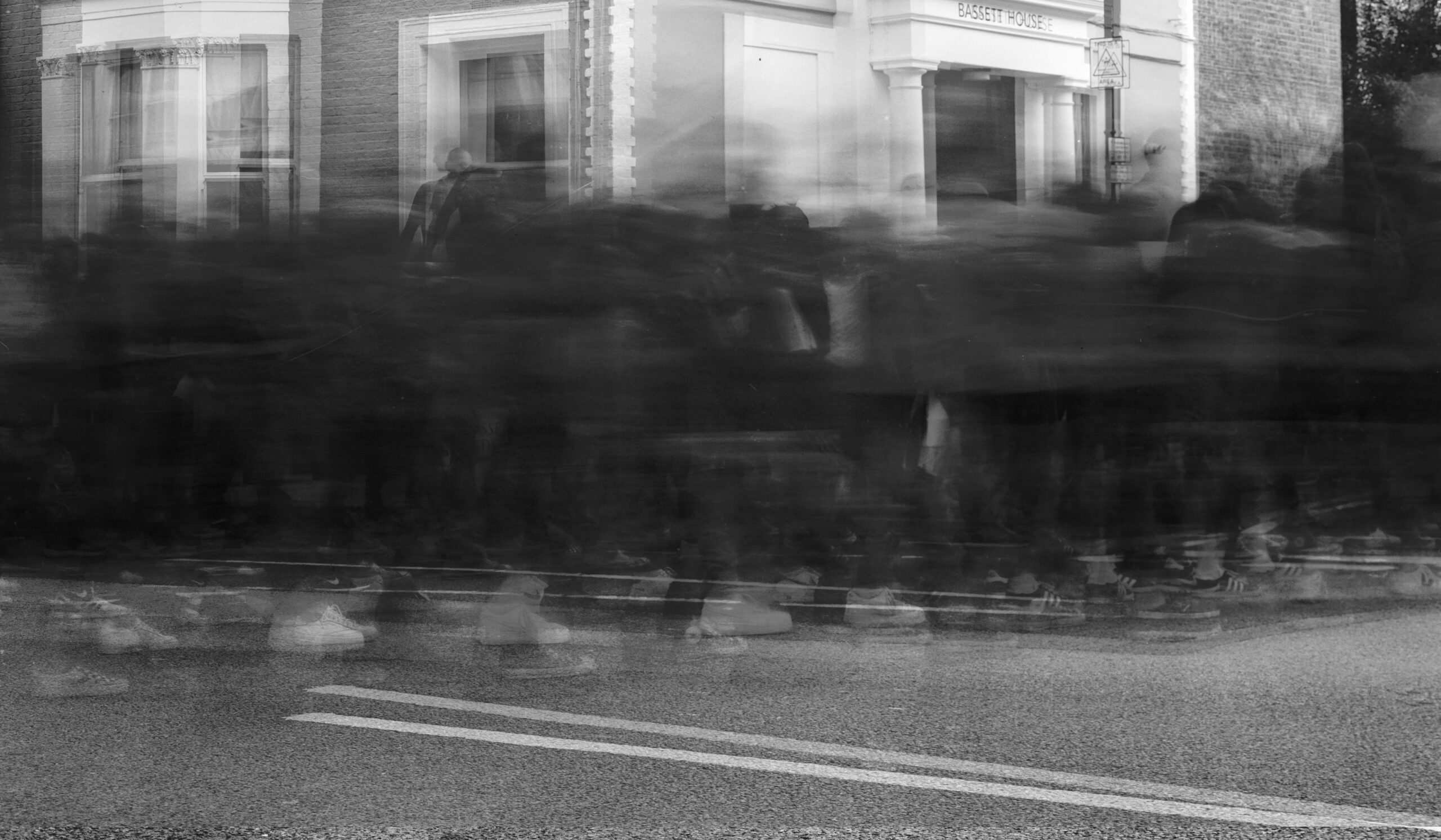 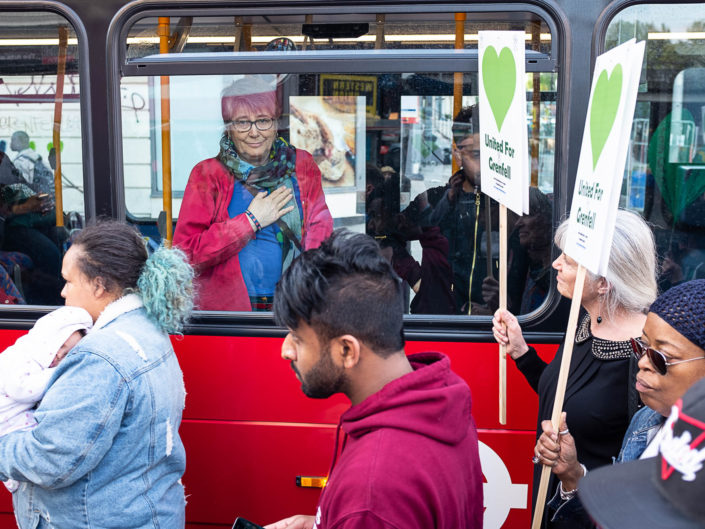 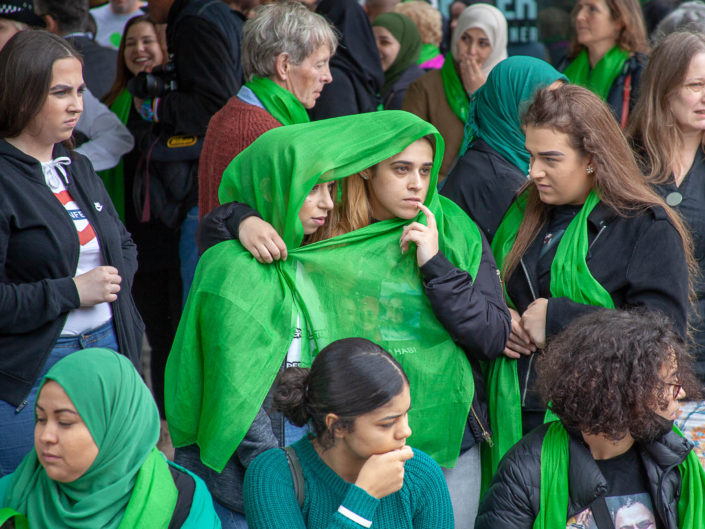 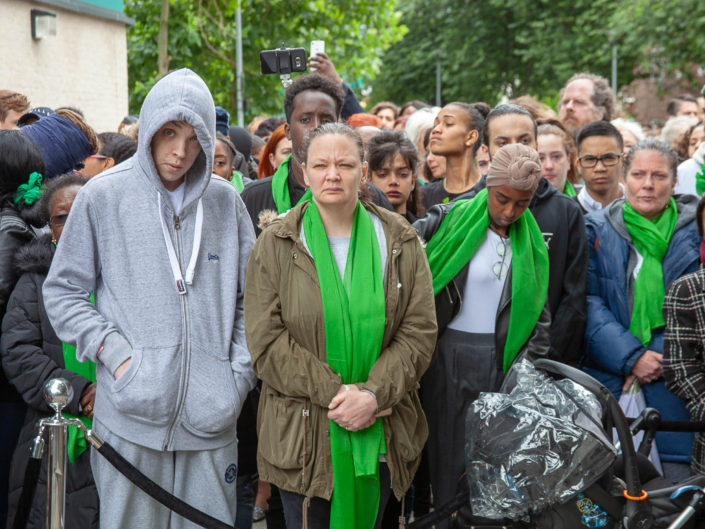 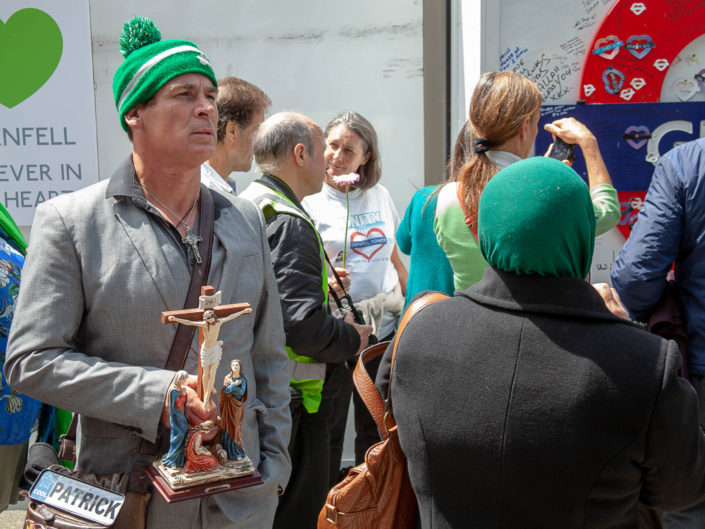 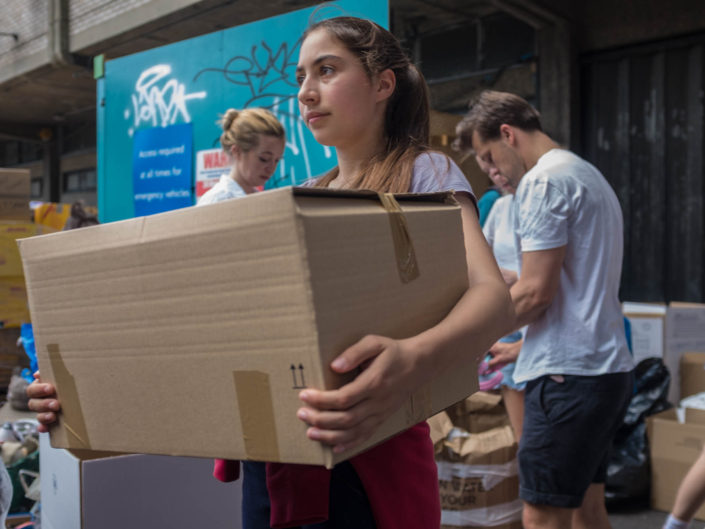 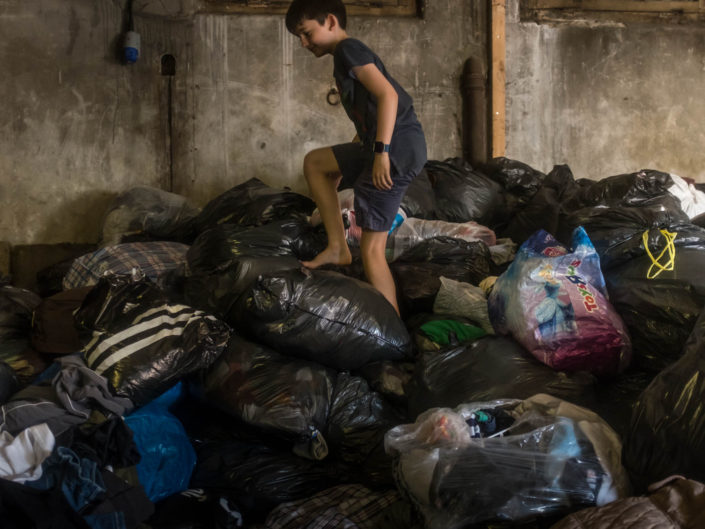 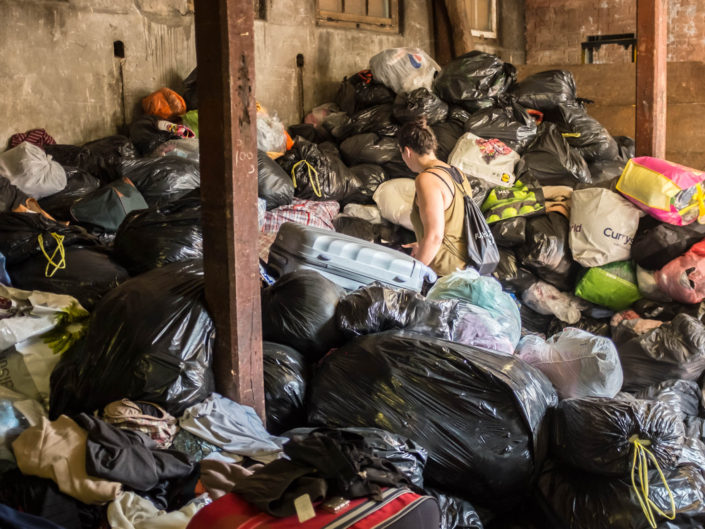 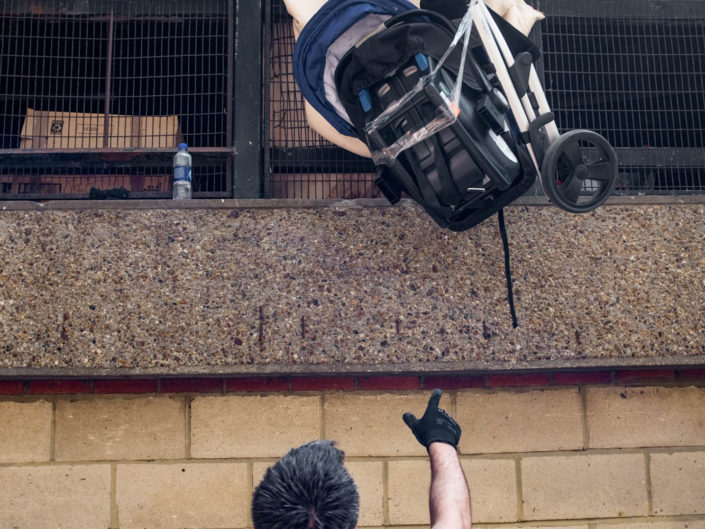