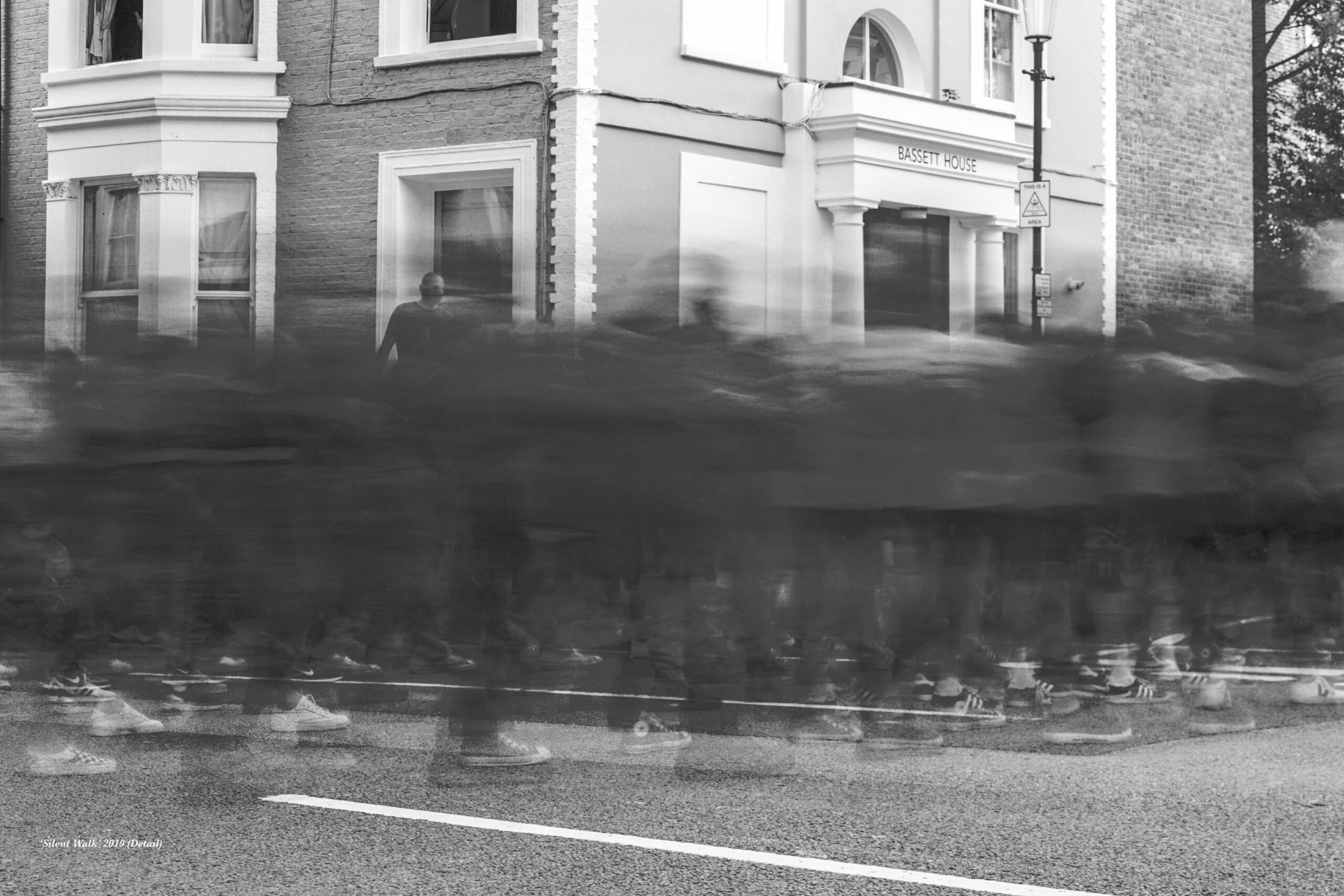 It’s nearly five years since the night of June 14 2017 when a fire started in Grenfell Tower in Kensington and Chelsea and consumed the building, racing up highly flammable cladding which was installed in contravention of building regulations and as a cost-saving measure. 72 people needlessly lost their lives due to the collusion amongst a host of building, local authority and contractors who displayed blatant incompetence and a sheer lack of due diligence. Countless families, friends and members of the wider community had their own lives changed forever in that moment.

Over the past five years I have been participating in and making images of the aftermath and the dignified activism show by the community of which I am proud to be a part. It’s likely to be late in 2023 before the second phase of the Grenfell Inquiry publishes its findings. People are angry, frustrated and tired of waiting.

I am an artist who primarily uses photography and photographic materials to explore notions of community, neighbourhood, and local identity. In doing so I hope to reflect the effect that infrastructural change, national policy and local activism has on the general ‘health’, capital, assets and resilience of (these) social structures and the populace. This project is concerned with photographing the aftermath and events surrounding the Grenfell Tower disaster of June 14th 2017, which happened a few hundred metres from where I live. As time passes and media attention waxes and wanes, I am attempting to use photographs as questions, reminders and challenges; to record and mark time; using the physical and metaphorical qualities of surface, exploiting analogue materials, alternative processes, graphic communication, time-based media and installation to chart the collective trauma and dignified activism among some of the most economically deprived people living in one of the wealthiest London Boroughs; people who are frustrated and angry that such a preventable tragedy could happen. The tower now stands as a brutal symbol; clad in white plastic and highly visible it waits along with the survivors, relatives, friends, families and the wider community for the outcomes of the Grenfell Tower inquiry. Now, we are approaching the 5th Anniversary of the fire. It will likely be 2023 before the report from the 2nd phase of the enquiry is published. Five years and no one has yet been held accountable.

‘Steve Mepsted’s ‘Smoke and Mirrors’ series draws attention to a disaster which demands to be remembered, a massive fire that engulfed the 24-storey Grenfell Tower public housing estate in 2017, killing 72 of its inhabitants. As a local resident constantly reminded of these events by the tower’s looming presence, Mepsted’s work feels both like an attempt to process a disaster symptomatic of London’s inequalities and directly aggravated by them, while calling on others to remember what happened.’ Lewis Bush – in ‘Capital Culture’, Essay for Unseen Magazine Issue No. 6.