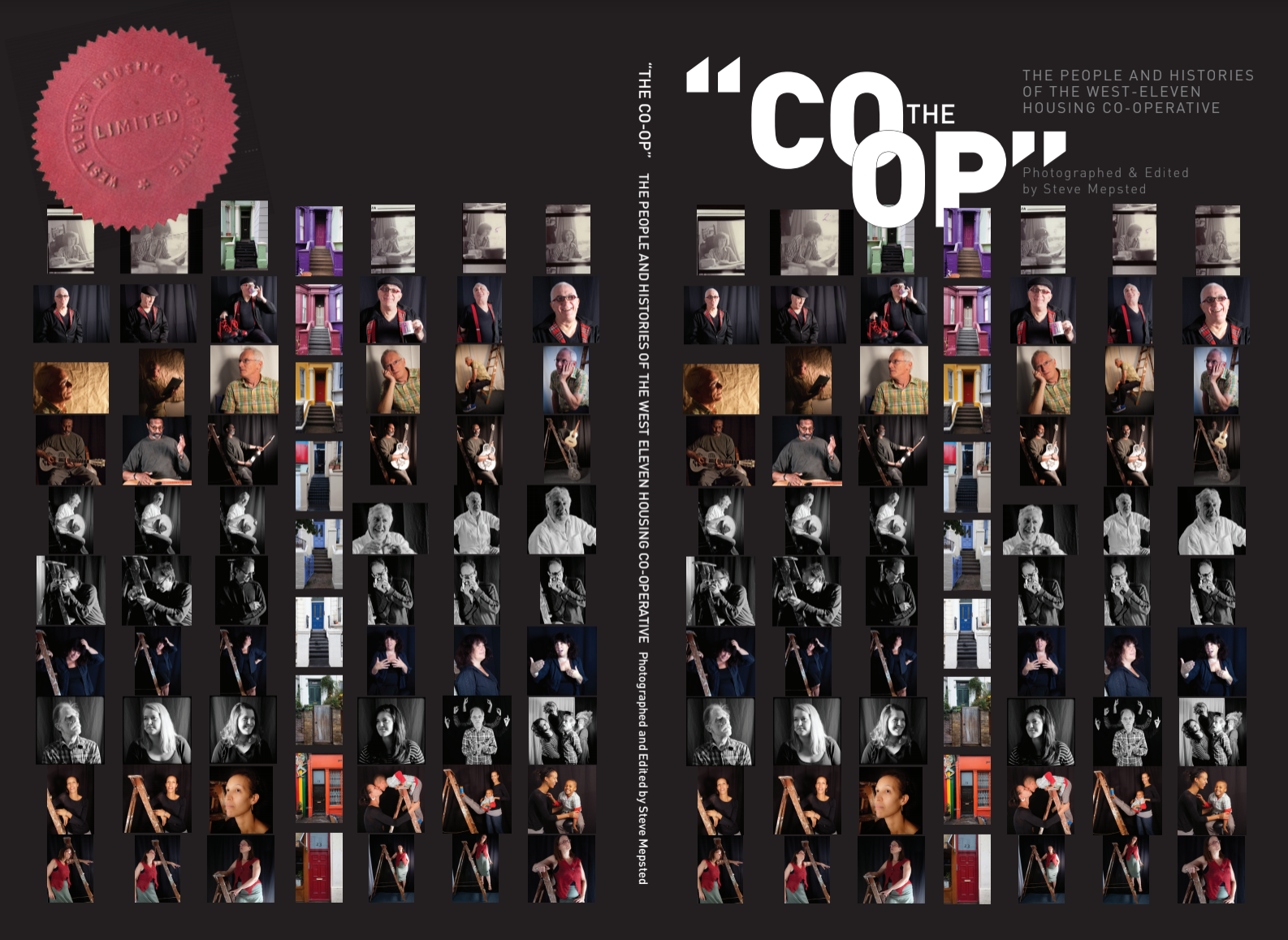 This book charts, through conversations with its members, the formation, ongoing management, trials and tribulations of the West Eleven Housing Co-operative.
It is in part a celebration of the Co-op’s 35 years of existence and along the way
it attempts to illuminate some of the factors that necessitated the need for such
an operation, while revealing the daily work needed to keep the Co-op going. It is
essentially a critique, it is celebratory without being triumphalist and its voices
do not shy from criticism of the very organisation of which they are a part. The
people with whom I spoke are a cross-section of Co-op members, some have been
around from the very first days of the Co-op, one has been only recently housed,
another is currently un-housed, two of the interviewees are ‘Children of the Co-op’;
the daughters of founder members. The impetus for making this book arose from
my own involvement with the Co-op as a member sisnce 1993 and a housed member since late 1999. As the Co-op reached its 35th anniversary this year I felt that it
would be a useful enterprise to document the history of the organisation through
photographs and interviews. My relationship with the Co-operative has been a
peripatetically active one and so this book, the process of documentation, is one
that provided me with an intersting dual role: I was able to operate as a knowledgeable insider but also with the necessary questioning demanded of a ‘reporter’ or
at the very least a participant observer.

At the time of writing, my Masters in Photojournalism and Documentary Photography is drawing to a close and this book therefore forms one of my major outcomes, along with an exhibition and other material for dissemination. When I began this exercise my ideas were purely photographic in nature: portraits and environmental images would be linked together with archival material, underpinned with captions and put together as a portfolio.While interesting in itself, it quickly dawned on me that this would not be enough to allow for the heft of 35 years history to be communicated. It became clear to me that the recording of a set of textual histories would be necessary also, and that a book could be made. The exercise has drawn me closer once more to the ideals and ethos of the original thinking, and thinkers, behind the Co-op’s inception.