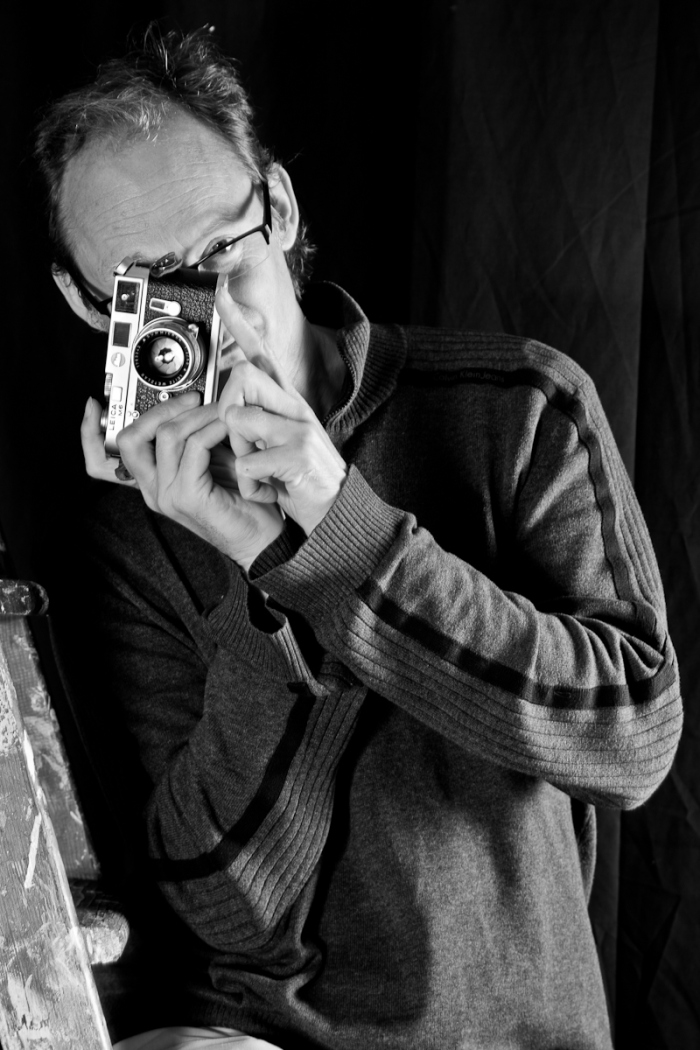 “It feels like I can almost see the finish line, to have a flat in my own name would be an amazing thing after living for 11 years without one”

I was born and grew up in the area. The first place that we lived in was on Pembridge Villas and we moved to Inverness Gardens then Kensington Park Road. I left there when I was sixteen or seventeen and went to America for quite a few years. When I moved back to this area my Mother was still living round the corner from here. She and Angie have always been good friends, Angie had a couple of rooms and so now I live here. Before this when I moved out of accommodation on Kensington Park Road I rented on All Saints Road in a building that’s now been torn down. I think it was 43 or 45 All Saints Road above a health food restaurant, it was in 1977 and the rent was about 12 or 13 pounds a week, and I got some free food!

Steve Mepsted: I’ve known you for a while now as one of the Co-ops un-housed members, what got you to join the Co-op in the first place?

BB: I joined because I wanted to live in this area again, London is expensive and I had come back to study Art Conservation, art conservators have never made great money and I realised that if I wanted to stay in this area I would need to join the Co-op. I joined in about 2002.
SM: Had you had experience of Co-ops or co-operative living before?

BB: Not really, I was part of a landlord/tenant dispute; there were around 5 tenants so we formed an impromptu co-op to pool our resources for a lawyer to deal with our landlords negligence and his abuse of our rights. We went to court a few times and he was found guilty of harassment and bad practice in terms of dealing with heating, rubbish and rats. He was guilty of several building violations. When I joined this Co-op I thought it was brilliant, I didn’t think it was possible to find landlords who when something went wrong, you could give them a phone call and they would listen to you and come round and fix it. It’s very nice!

SM: Since joining the Co-op what roles have you held?

BB: I have been the Membership Secretary and the Social Secretary. I also joined the Information and Communications Committee to disseminate information to other members about what other committees were doing and harness ideas.

SM: Some people believe that there are too few people taking on the roles of committee members and that these people have been doing them for a long time. This means that the chances for a new member to accrue points are stifled.

BB: Since I stopped being the social and membership secretary I wanted to get on one of the other committees and there weren’t any roles going. So I would voluntarily go along to see what I could do, to help out with the Renewals and Improvements Committee and sort of follow them around to see what they do and how they do it so that I can actually sign up for that job as an assistant member when that job may come available. At the moment I don’t know what to do, so I am putting myself in a better position by learning what’s going on there and learning how they do the job.

SM: Have you ever found it frustrating? Do you think that you’re never going to be housed?

BB: Well, certainly for the first six years I felt like that but recently, within the last two years the two people who above me on the waiting list have now been housed and now I am next in line, unless something drastically changes with one of the others who are waiting, or policy changes. Hopefully I will keep my position. I am quite far ahead of the next person on the list by about 8 points. It feels like a bit of a game trying to keep ahead of it. I have to keep my fingers crossed. It feels like I can almost see the finish line and to have a flat in my own name would be an amazing thing after living for 11 years without one.

SM: What do you think about the possibility of new members actually forming a committee and coming up with new ideas that are real ideas, and of benefit to them and the Co-op, rather than trying to apply for too few jobs that are already filled?

BB: I think it’s a good idea. I myself can’t think of anything else and also I am stretched at the moment between two jobs and a child, which doesn’t give me a lot of time to sit and think about what other things I could be doing. I am trying to keep up with the things I am already doing. The idea of having non-members doing jobs is a good one, there is the fact that as soon as some people get housed that’s it, they give up and you never see them at meetings and do work. There is a handful of people who do work hard and I don’t know what would happen if they were to stop, non-housed members doing work shows willingness. It does take a long time for flats to come up though. Between the last two was a period of three years I think. Or rather there was one before that and then 3 years gap and a couple came up together quite quickly.

BB: Yes, even though I really need two-bedroom flat, if a broom cupboard came up I would take it, to be in the running for a reshuffle. In a lot of these buildings there is space for an extra floor to be built and I really think the Co-op could look into that. I would imagine one could get planning permission, there are a few building that have done that. If there is a shortage of housing and there could be an extra room built of the top of every house then that’s going to ease it.

SM: Do you see any potential threat to the existence of the Co-operative?

BB: I think a potential threat could come from the Notting Hill Housing Trust, with whom we have the agreement to manage these places. They manage hundreds of other buildings and might think why shouldn’t they manage these now as well. Or the council may feel one rule applies to all and make us council tenants. I can’t really see why they would want to do that as they would not be able to manage us as well as we can. They also have to fulfill their quota of stautory social housing that suports people like alchoholics and addicts.

SM: If there was one thing about Co-ops that you would want to publicise what would it be?

BB: I don’t think I would want to publicise Co-ops as there may well be hundreds of others applying to them! The best thing about Co-ops to me is that they are somewhat of an unknown.

SM: Some people feel that the waiting list should be closed as there is such a long time to be housed it is therefore unfair on members in this situation, what do you think?

BB: Well yes, I would close it after about 5 un-housed members; I would think that’s enough until someone gets housed. It has taken me 9 years to get to this point. A point where something might now come up – it could come up next year or five years time, that would be 14 years waiting and luckily I can live here with Angie, but Angie really wants to move back and she may decide to do that before a flat comes up. I guess with a smaller waiting list you would get people committed, you could say it may take ten or even fifteen years, and you will allow people to think ‘Well, I better look at something else’. My Son’s school is here and most of my clients for work are also here. If I had to move it would be a major problem.