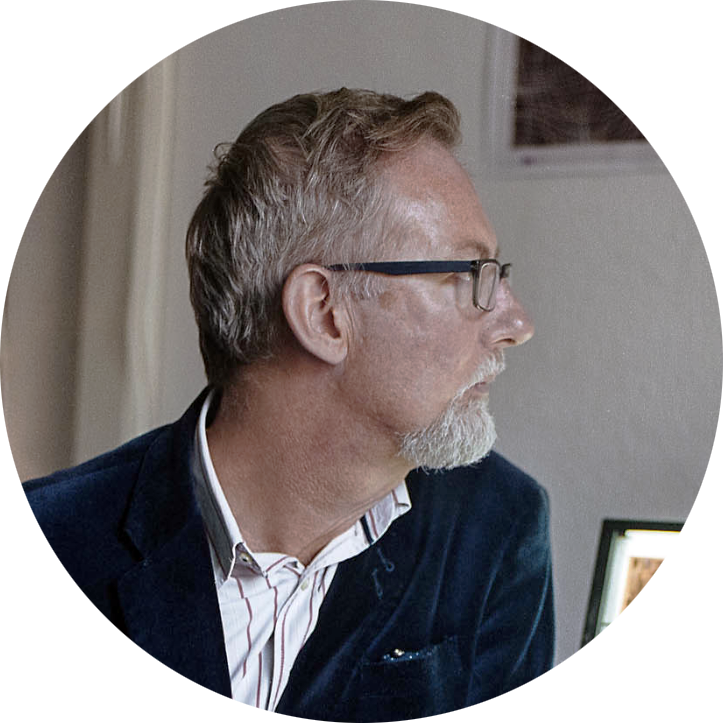 My first degree was in Fine Art Painting and I hold a Masters Degree in Photojournalism and Documentary Photography from London College of Communication.

I am an artist who primarily uses photography to explore notions of community, neighbourhood and local identity. In doing so I hope to reflect the effect that infrastructural change, national policy and local activism has on the general ‘health’, capital, assets and resilience of (these) social structures and the populace. My current project is entitled ‘Smoke and Mirrors’ and is concerned with photographing the aftermath and events surrounding the Grenfell Tower disaster of June 14th 2017, which happened a few hundred yards away from where I live.

I find myself more and more concerned with exploring complementary ways of making pictures: experimenting with the physical and metaphorical qualities of surface, exploiting analogue materials, ‘alternative’ processes, time-based media and installation.

I am an experienced teacher and presenter with over 25 years of practice, teaching across all levels at London College of Communication, Kensington and Chelsea College and The Cuming Museum. I am currently Programme Manager for Digital Media, Film and Photography at Morley College, London.

I have exhibited widely and write for publication in magazine, blog and book form. My writing and photographs have been published in Blueprint Magazine and AP Magazine amongst others. I am interested in exploring fresh ways of presenting photographs: in the gallery, in books and zines, via installation and through the use of sound and text. I work on location and from my studio, based in London.

MA in Photojournalism and Documentary Photography, London College of Communication, University of the Arts, 2011-2012.

‘Neither Snake Nor Lizard’, London College of Communication, 2011-2012

‘The Co-op’, The People & Histories of the West Eleven Housing Co-operative’ Self Published, Dec 2011

‘A Man Staring out of the Back of his Head’ an Interview with Artist John Latham,
Artists Book Year Book, 1994

Thirty years’ experience as a teacher, trainer and manager in a range of institutions including London College of Communication, Kensington and Chelsea College, Morley College, Royal Borough of Kensington and Chelsea and The Cuming Museum. My first degree was in Fine Art painting and I am able to approach curriculum planning, course validation and project setting with a wide range of knowledge and skills. My main positions held during my time at KCC were as a Tutor in Design, Curriculum Leader for Multimedia and Performance Manager for Media and Performing Arts, along with a host of committee roles and project development activities.

Morley College, London
Programme Manager for Digital Media Film and Photography. 2015-Present
Management of a large team of teaching staff and the development of curricula both accredited and non-accredited

Kensington and Chelsea College
Performance Manager, Media and Performing Arts.
Sep 2009 – Jan 2011
Management of a large team of teaching staff and the success, retention, and achievement of all students within the Curricula of Multimedia, Graphic Design, Web Design, Music, Dance and Performance.